I never thought I’d be going back to Dubai so soon after my first visit, but here I was, six months later, I was trying to spot Burj Khalifa from the plane window again.

Last time I visited it was September 2018 and all I can remember was how poorly I could handle the heat. This time it was a different story and I could finally wander around during the day and enjoy sitting outside at night.

Even though I did not crave the heat, one of the first things I did after arrival was….well you won’t believe this –  I agreed to try a hot yoga class there (40 degrees Celcius!!!). I nearly died during the class, but it sparked my love for hot yoga. Now, a year later, I can’t wait until the lockdown is finished and I can go back to my beloved hot yoga studio here in Edinburgh. Believe me, once you try it, it’s hard to go back to a regular yoga…

Anyway, I will stop talking about my love for yoga and write a bit about what I did in Dubai. I was actually quite excited to see more of the city since during my first visit I was all over UAE and didn’t really visit much of Dubai. Well, I can’t really say that I visited that much this time, because I ended up hanging out a lot with Craig’s friends all over the city.

First, we all went for a Friday brunch, which seems to be quite a big thing in Dubai. I had a hard time trying to find a place on google now (that’s what happens when you let people plan things for you), but I’m pretty sure it was at Meydan Hotel. The food was awesome, I could try so many different cuisines and there was plenty to drink. The time passed really quickly and soon I found myself in the taxi heading to one of the sailing clubs for more drinks. I wasn’t sure if I could handle more booze though, so ended up just enjoying being outside. 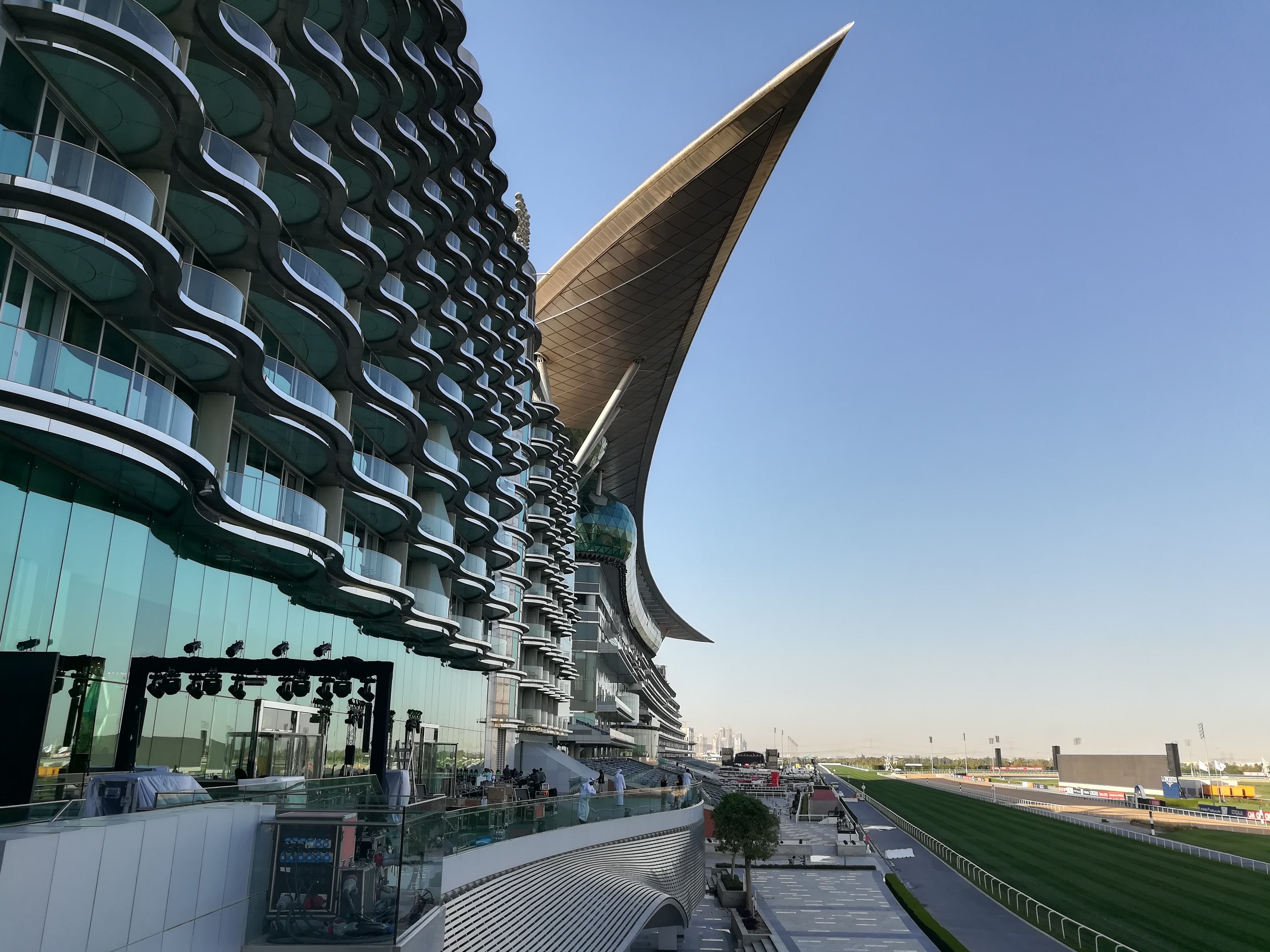 The next day I was told there was more eating/drinking involved, which I wasn’t sure I could handle again, so I negotiated a quick visit to the old Dubai. It was nice to see the old buildings, with the wind towers (old natural air conditioning systems),  the Souk and to cross the Dubai creek in a traditional abra (boat). It was good to be a tourist for a bit and see some of the Dubai that wasn’t purely skyscrapers, even the very pushy sellers didn’t bother me too much at that point. 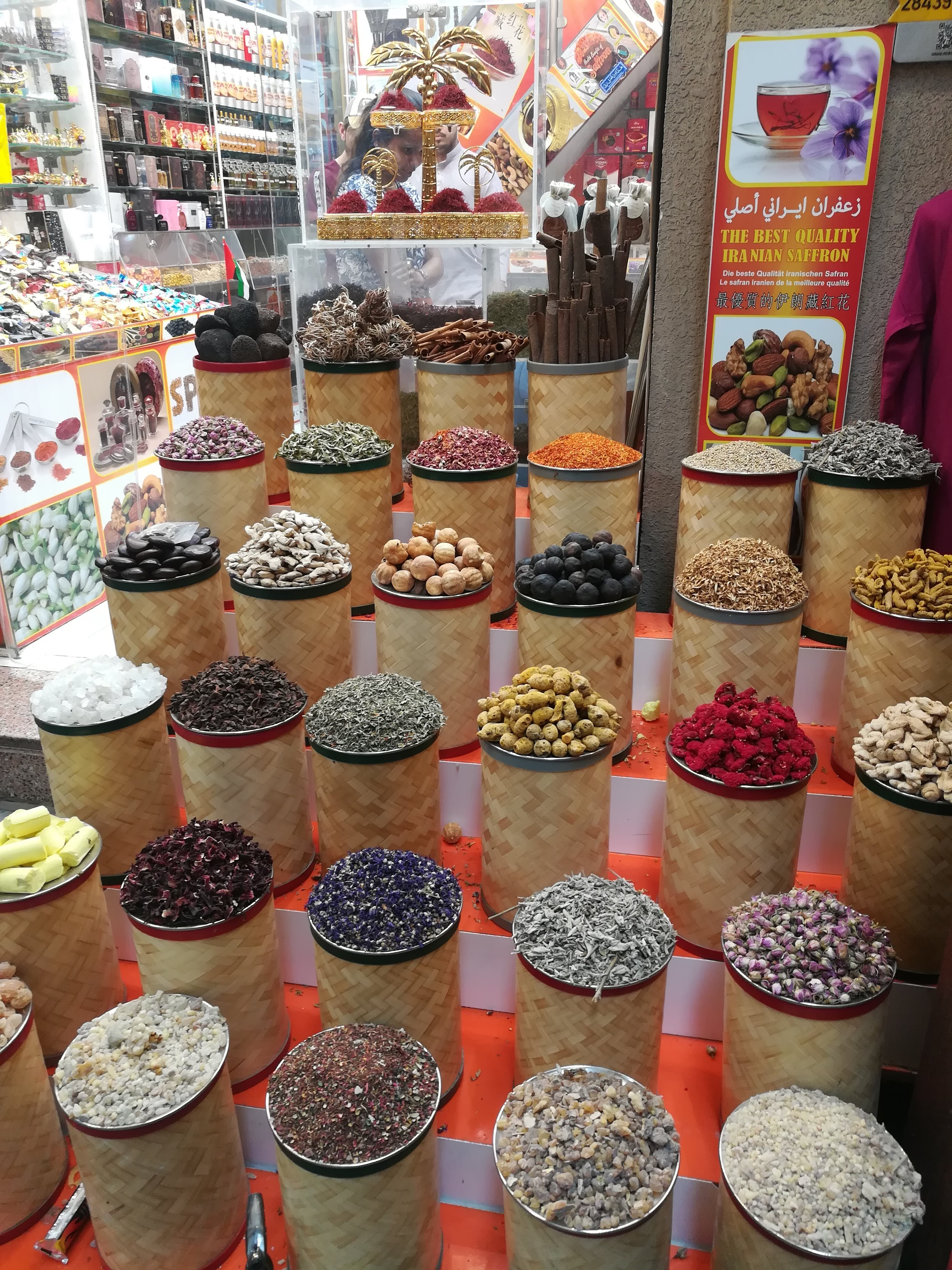 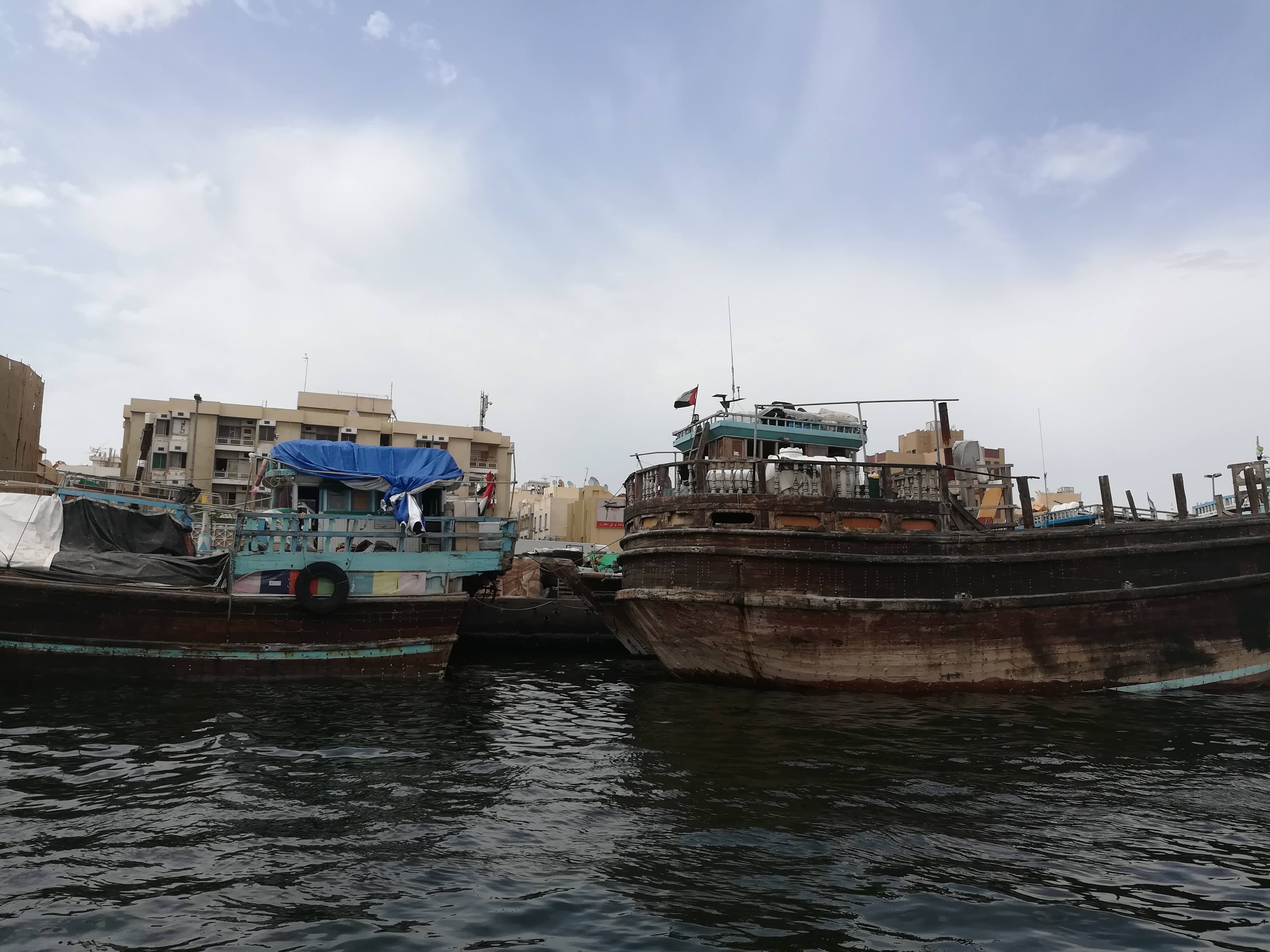 However, it was time to go back to the skyscraper land and see a few more of Craig’s friends. The next stop was Dubai Marina. I did quite like it if I’m honest, especially the walk at night after we again stuffed our bellies with tonnes of food. The views from the restaurant where we ate were pretty cool too. 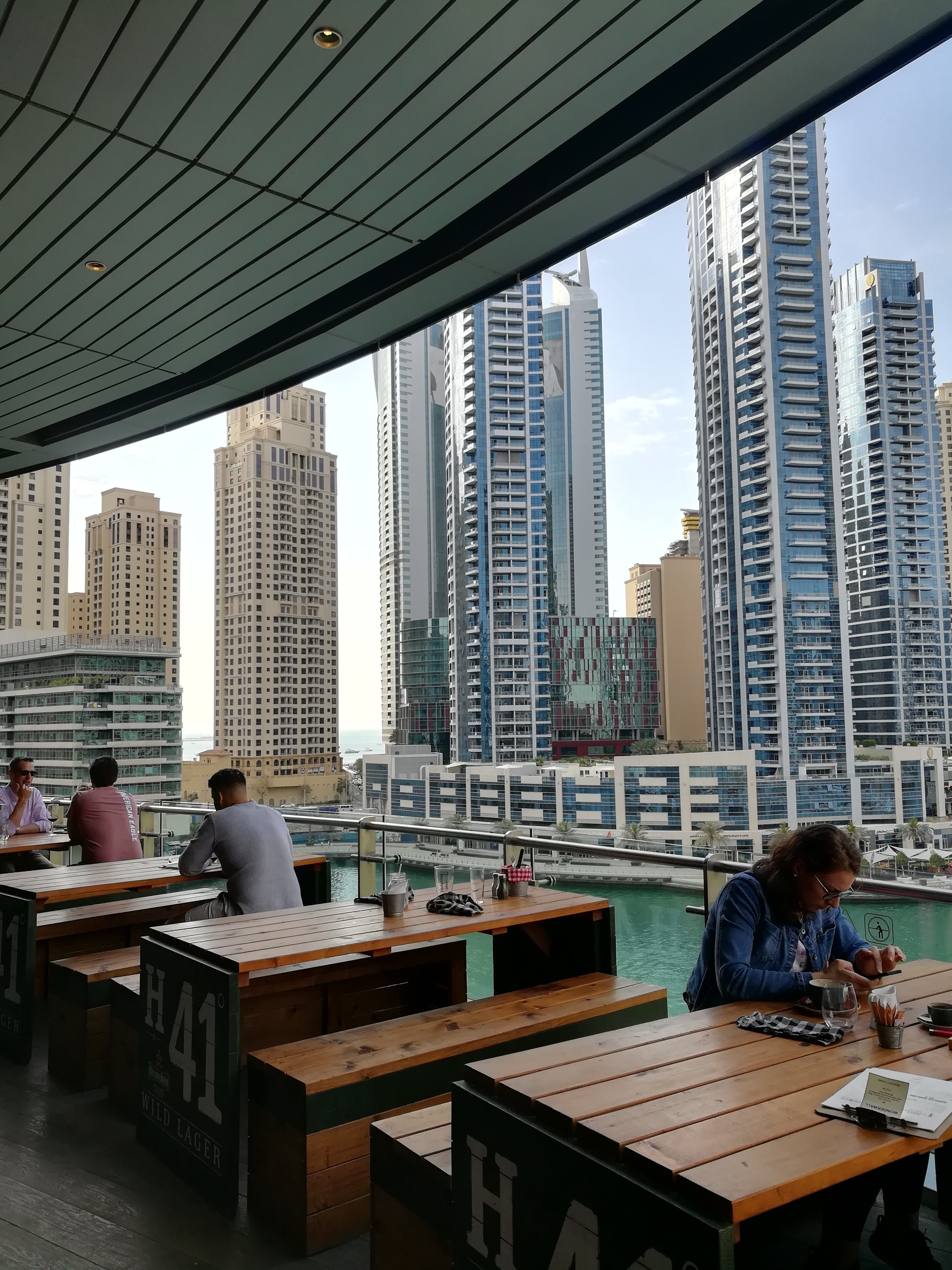 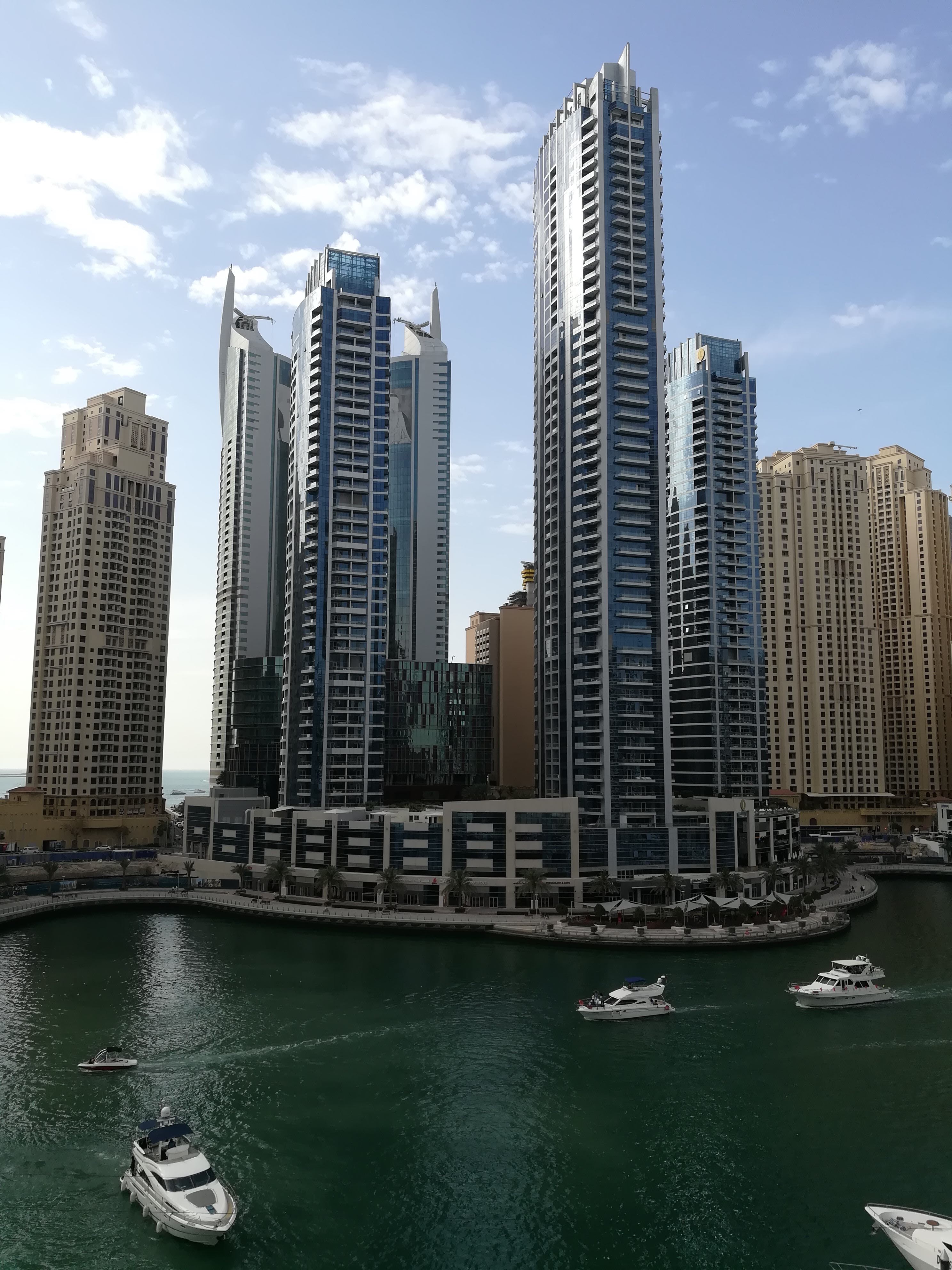 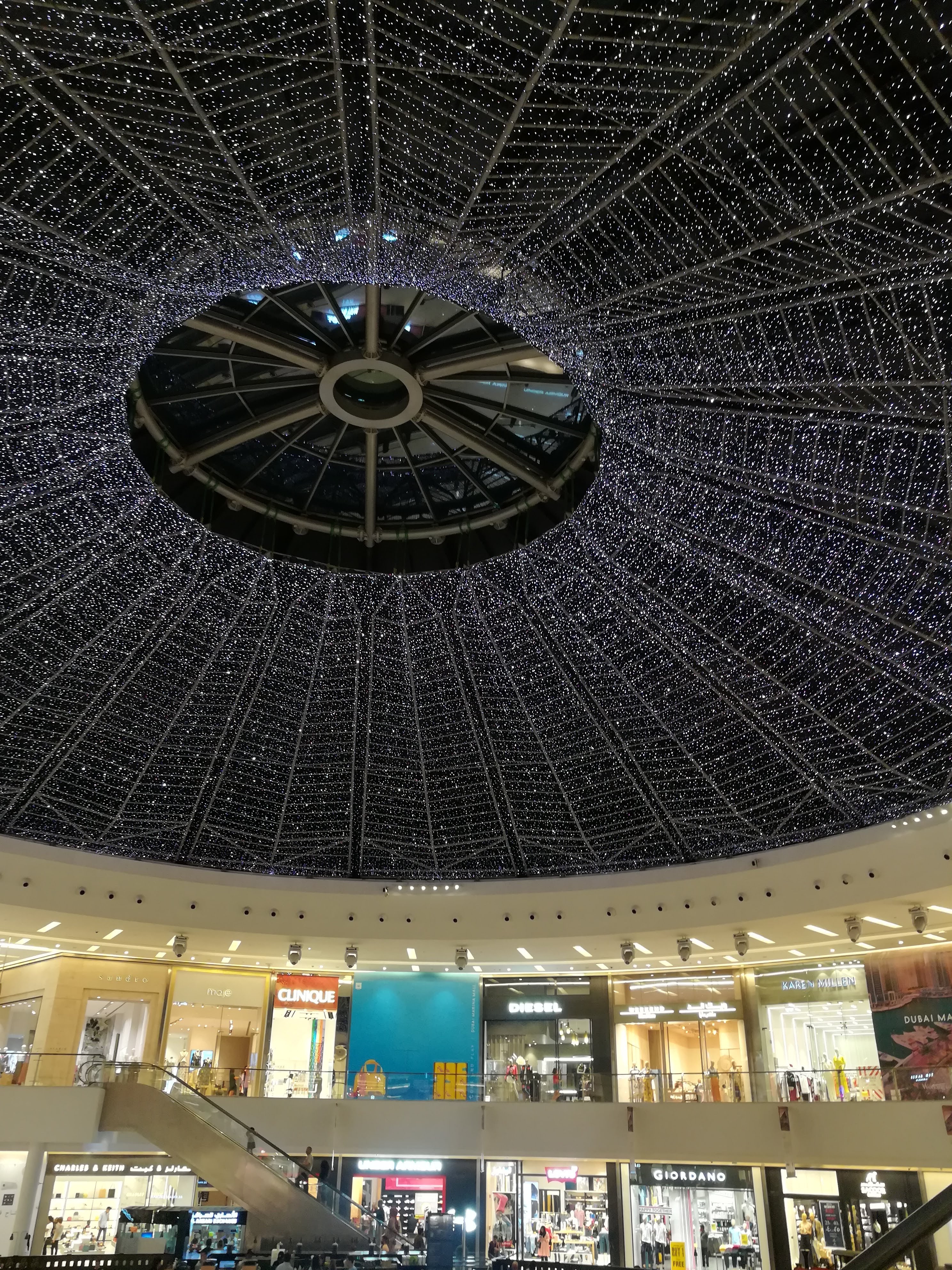 It turned out to be a very sociable trip and we spent more time relaxing with people rather than doing much in Dubai, but I still think the big picture of this place is kind of coming together. Just one thing to note for myself, if I ever go back to Dubai, I’m never doing it after staying in a super cheap place like Sri Lanka, it’s just a bit too much of a shock to the bank accounts… 🙂

When I heard that UAE built the world’s longest zipline, I told Craig we had to go and try it out ourselves. He was keen to show me a bit of the country where he grew up so he agreed straight away. Sense of excitement replaced sadness of leaving Bali and I was ready for a new country and a different culture.

We stayed with Craig’s family while in Dubai and borrowed his mum’s car for getting around which made everything pretty easy. However, the traffic and the driving culture seemed to be so mental, I don’t think I would ever dare to get behind the wheel myself.

We didn’t spend too much time in Dubai. We had time for some of the things that Dubai is famous for such as Burj Khalifa, Dubai Mall (just for the experience, I’m not really a shopper) and watching a sunset next to Burj Al Arab. I can say I was extremely excited to stand next to Burj Khalifa, I remember seeing a photo of it when I was young and it made a massive impression on me. Now, with the engineering degree in my bag, I can say it was even more spectacular in real life.

My favourite place in Dubai turned out to be La Mer, an extremely awesome beachfront with loads of cafes, art and a nice beach. It had such a chilled vibe and felt very different from the rest of Dubai. 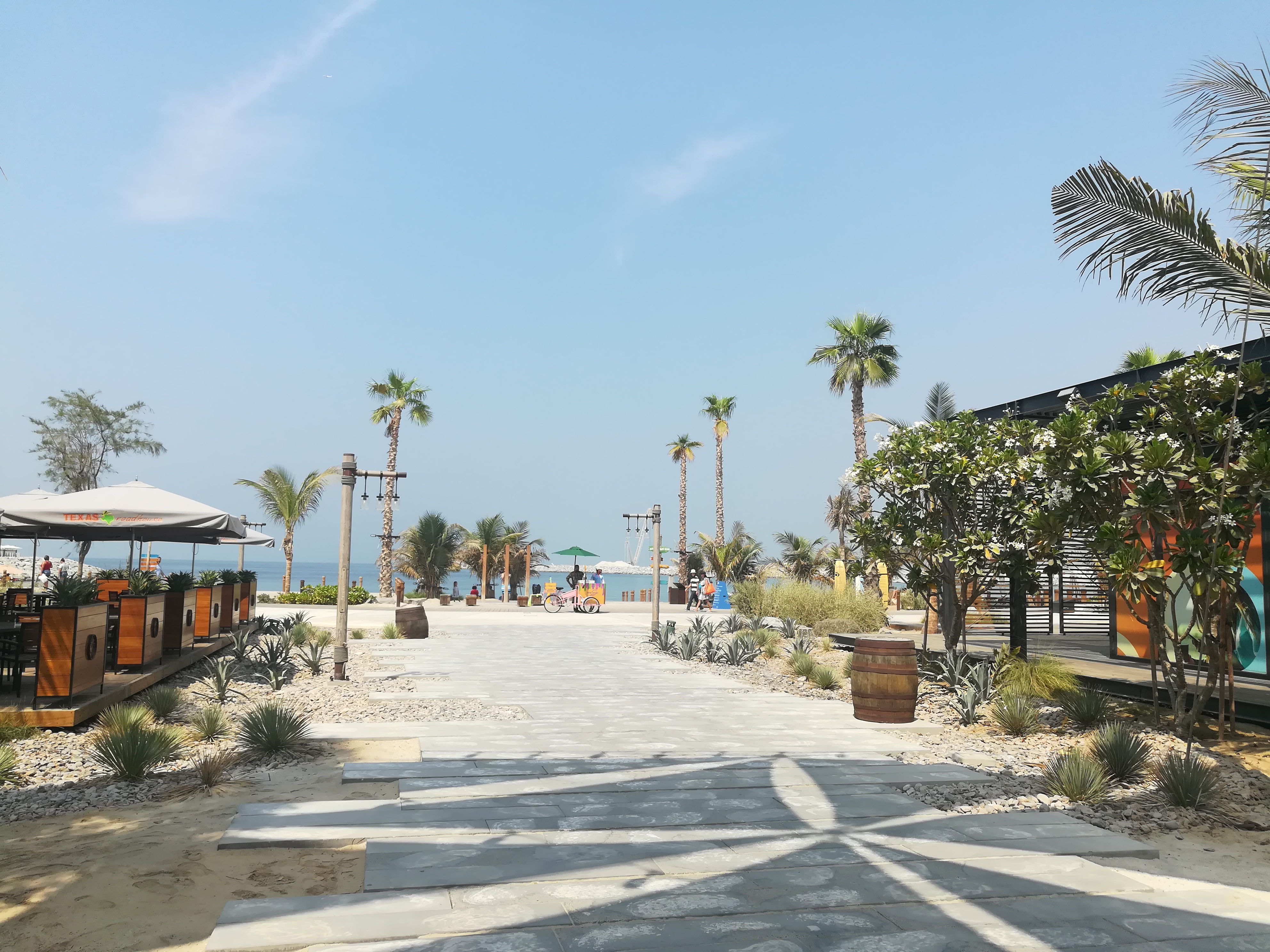 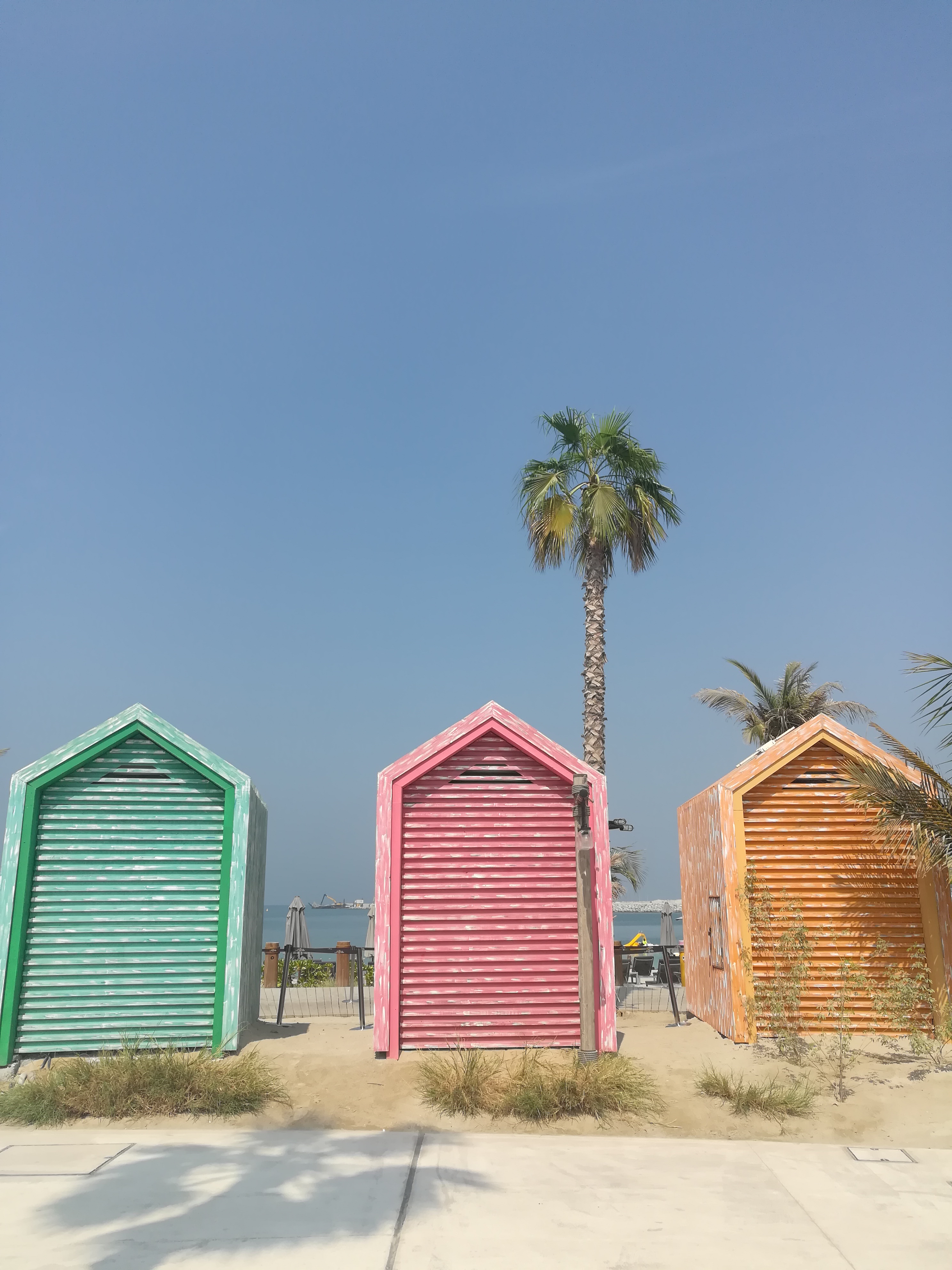 One day we decided to head to Hatta to visit Hatta Fort Hotel, which was a small paradise in the middle of hot and mountainous area.

On the way back I wanted to check out the desert since I’ve never experienced it before. It was 40 degrees and the desert felt like a hot oven (surprise!), but I was really excited to step on the edge of it. And I saw loads of camels (don’t laugh, it’s a new thing for me) just wandering around the desert! 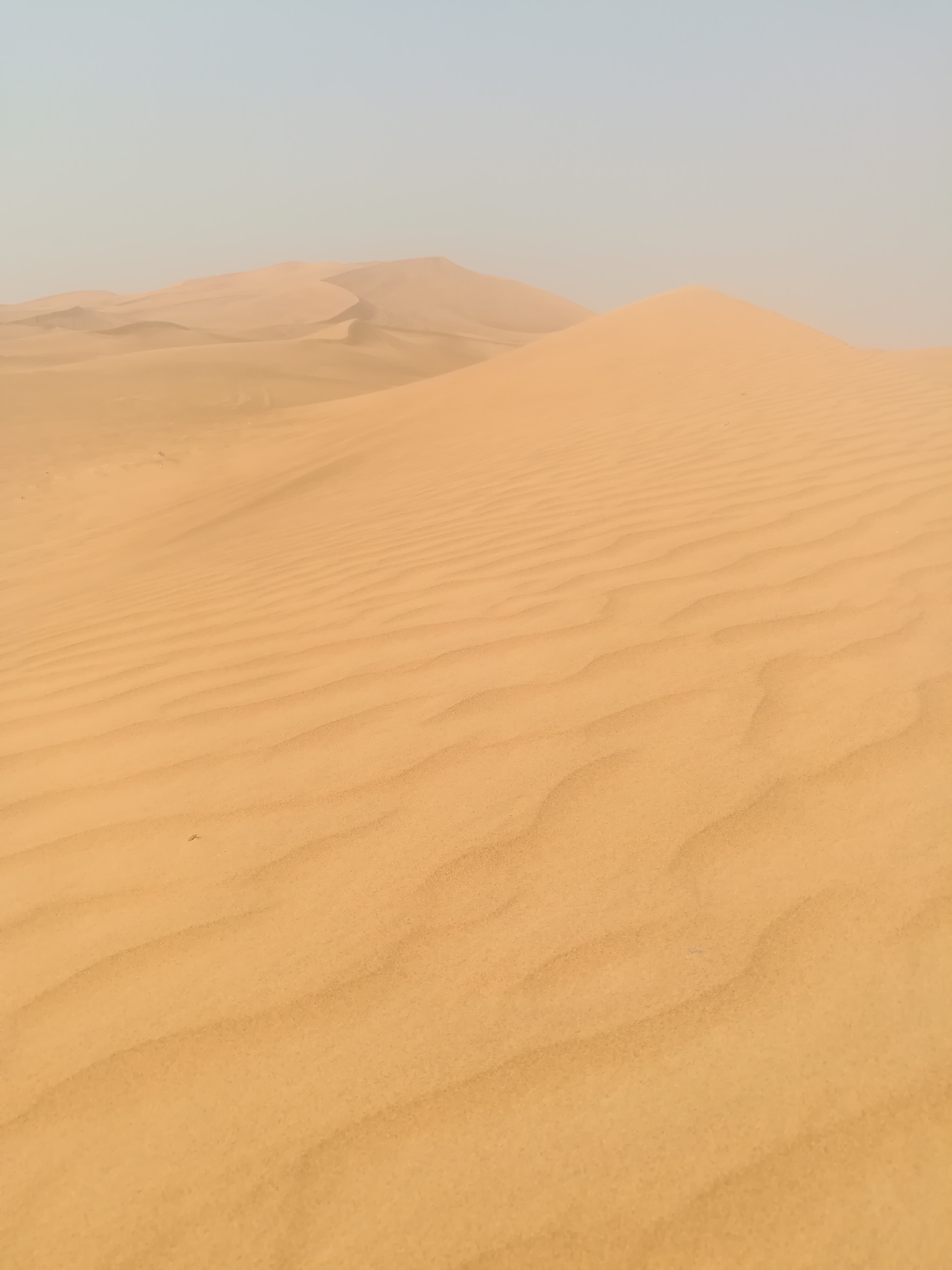 Anyway, I promised to tell about the world’s longest zipline. It’s 1.7mile zipline in the mountains of UAE, close to Ras Al-Khaimah. There is a newly built road leading to it and once you arrive there and spot the zipline, it’s looks quite scary, such a long way to go! Not going to lie, I was quite nervous.

You need to pre-book the experience and once you arrive at the car park they give you a lift up to the main office. You’ll then get your gear, introduction etc. and be dropped off near the zipline platform.

And then after a bit of queuing and seeing other people leaving the platform screaming, it’s time for your flight. You’ll leave the first platform in “superman” style (head down) and reach about 120km/h speed. Sounds a bit sick and, indeed, it does feel pretty fast at first, but soon you can start enjoying the views and the feeling of freedom. The reality (aka zipline breaks) are pretty harsh and will hit you before you reach the platform, but nothing to be scared of.

On that second platform they remove your superman costume and you get to do the last bit sitting down. It goes much slower and gives a chance to appreciate your surroundings and to recover (slightly) from the first part.

Despite all the initial nerves, it was a really enjoyable experience although it felt like it was over in no time. Would definitely recommend this to anyone, especially to people like me who are terrified of heights 🙂 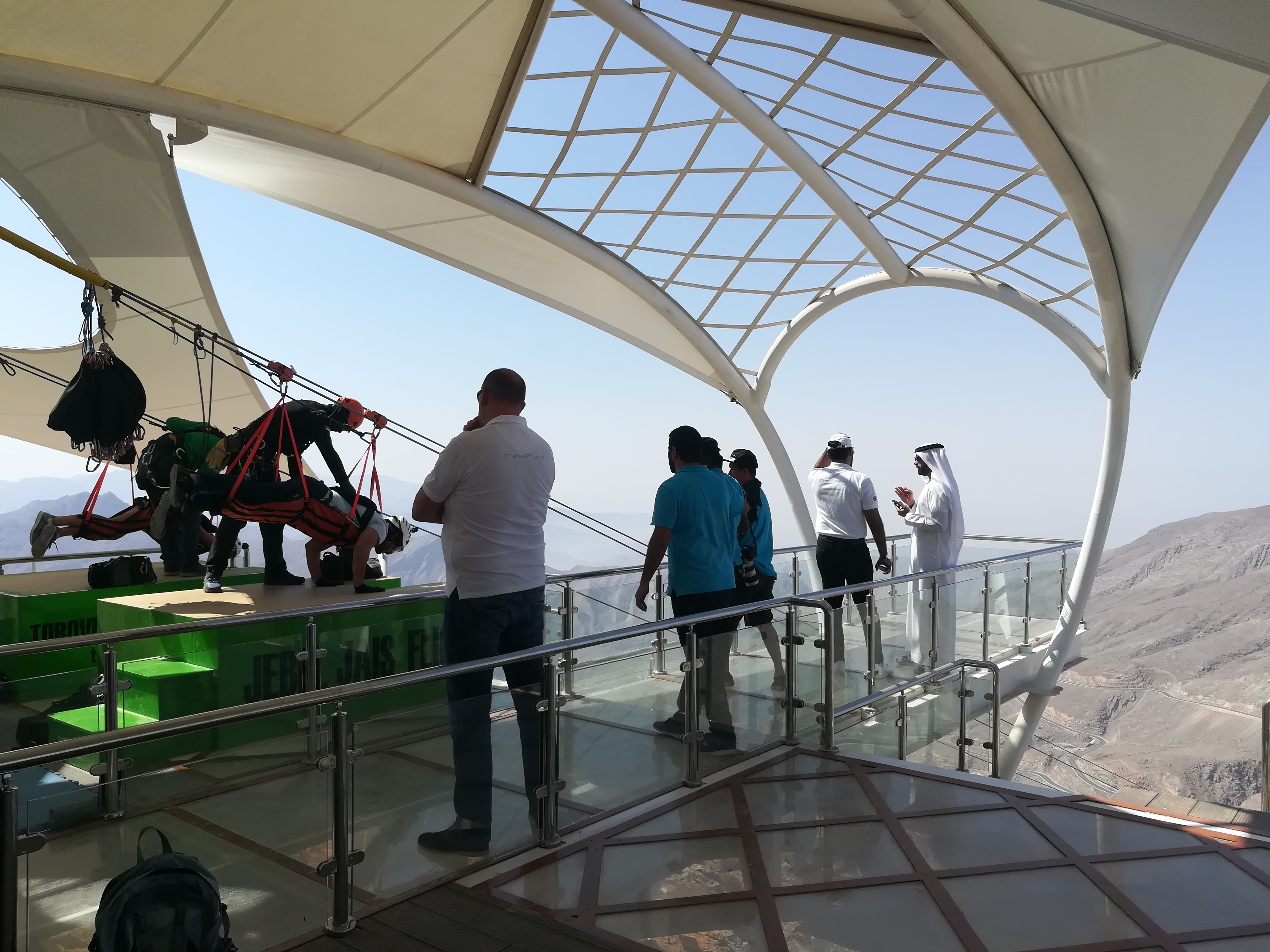 UAE visit was short and sweet and I went back there a few months ago again, but I’ll tell you about it once I catch up on writing about my adventures (still about a year behind).