I remember I saw some photos of Svaneti region in Georgia and I instantly imagined myself wandering around some snowy peaks of the Caucasus Mountains. I won’t surprise you by saying that I headed there straight after landing in Kutaisi a day earlier.

My parents and I jumped into a mini bus and a few hours later arrived in Mestia. The journey was very enjoyable, with some amazing mountain views and a Kharcho lunch stop (Georgian beef soup) somewhere along the way. Mestia is considered to be a ‘capital’ of the Svaneti region, with about 2600 people and a quickly developing tourist industry. There are plenty of nice restaurants around and it’s easy to get a driver if you want to do a day trip somewhere else.

Mestia is famous for its Svan towers, which were constructed mostly for defense purposes. Mestia has one of the largest number of the remaining towers in Svaneti region, so it is nice to walk around and explore them.

After we spent some time exploring the town, we decided to hire a driver and headed to Chalaadi glacier. You can walk there from Mestia, but we were running out of daylight so went for an easier option. It was an extremely spontaneous idea, so I ended up doing some hiking in a dress. It wasn’t a difficult or a long hike and I really enjoyed seeing my parents getting more and more excited the closer we got to the glacier. They haven’t seen one before, so at the end they were almost sprinting and I was extremely impressed with them especially having in mind their age. 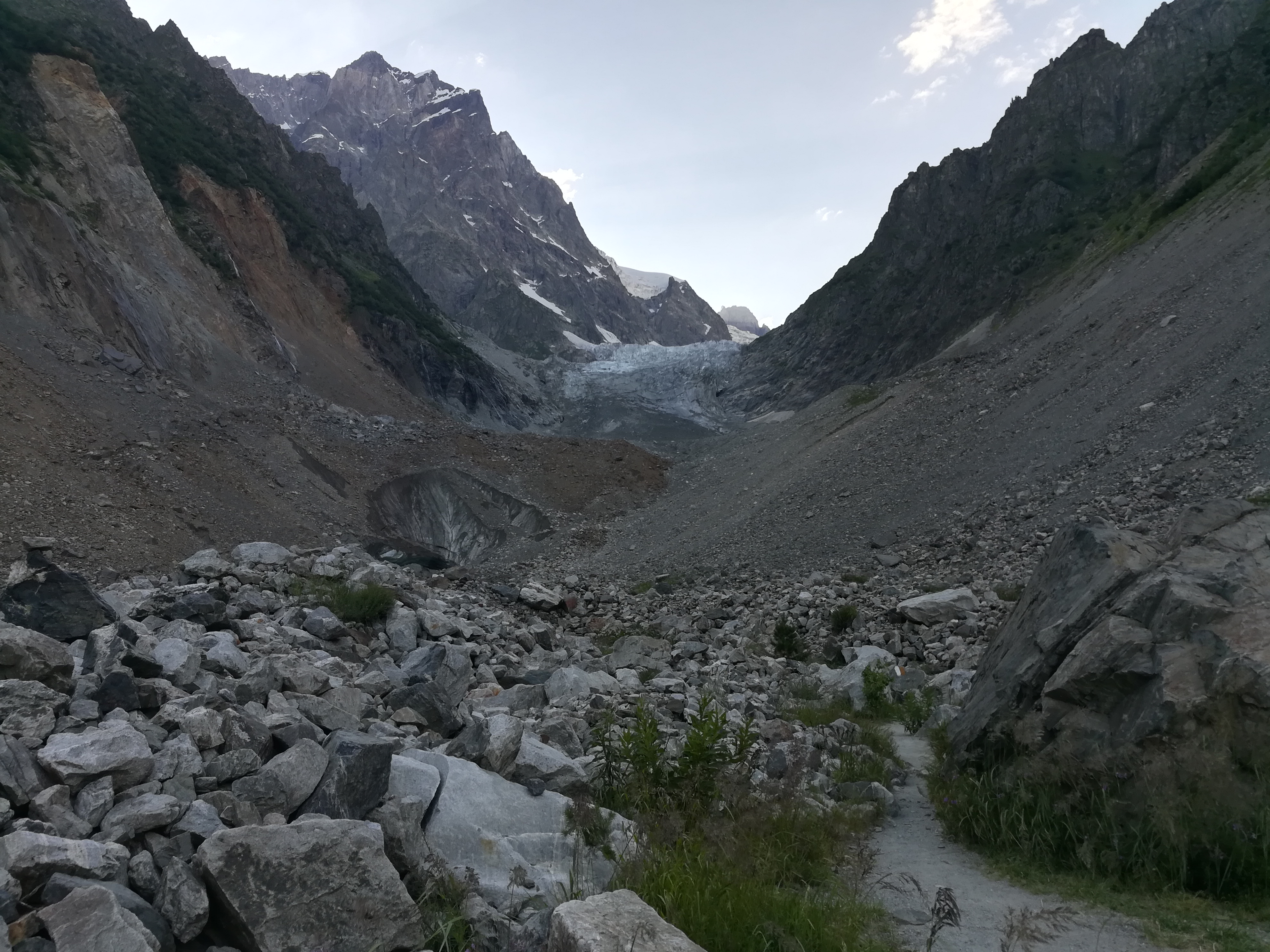 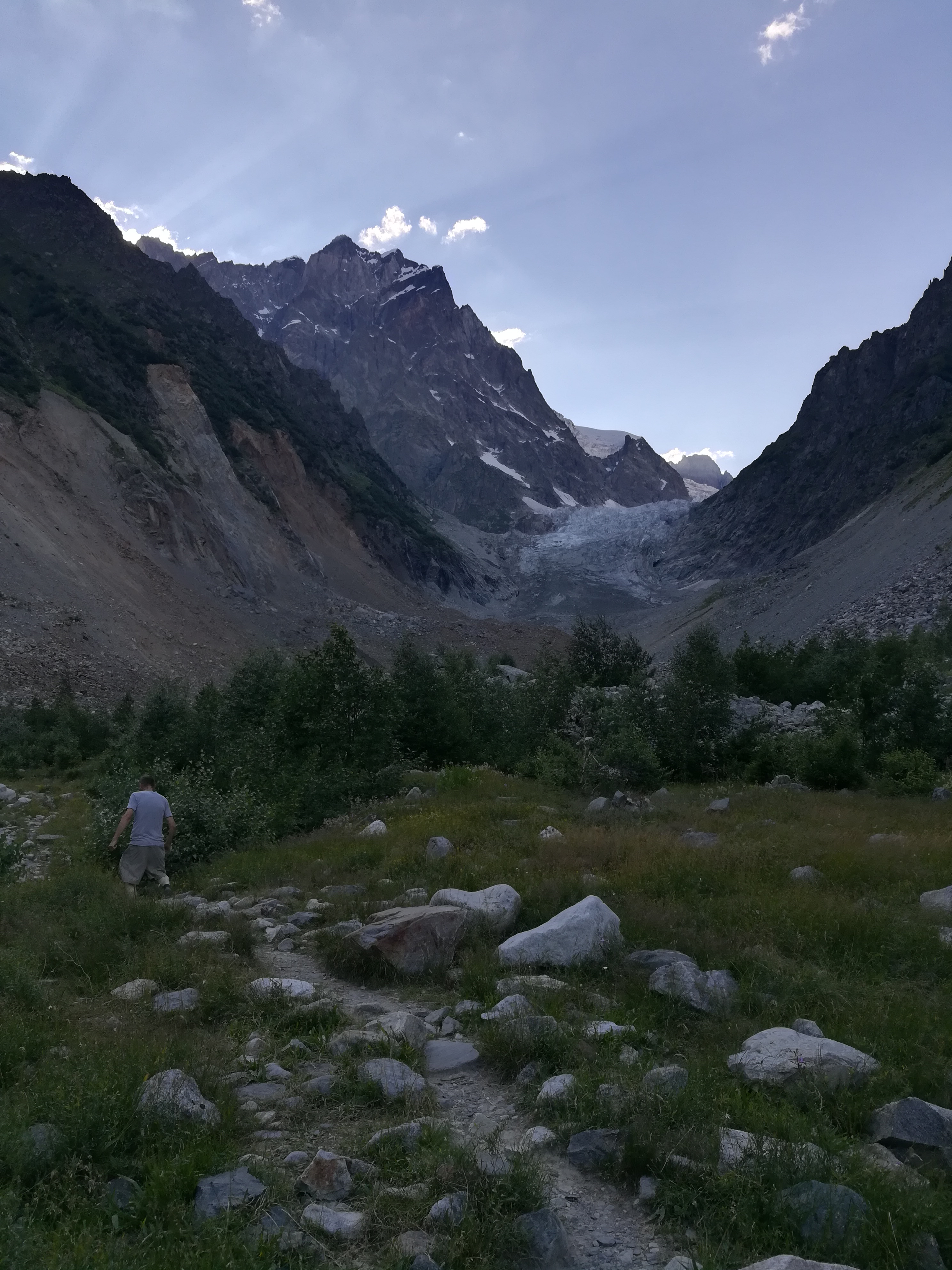 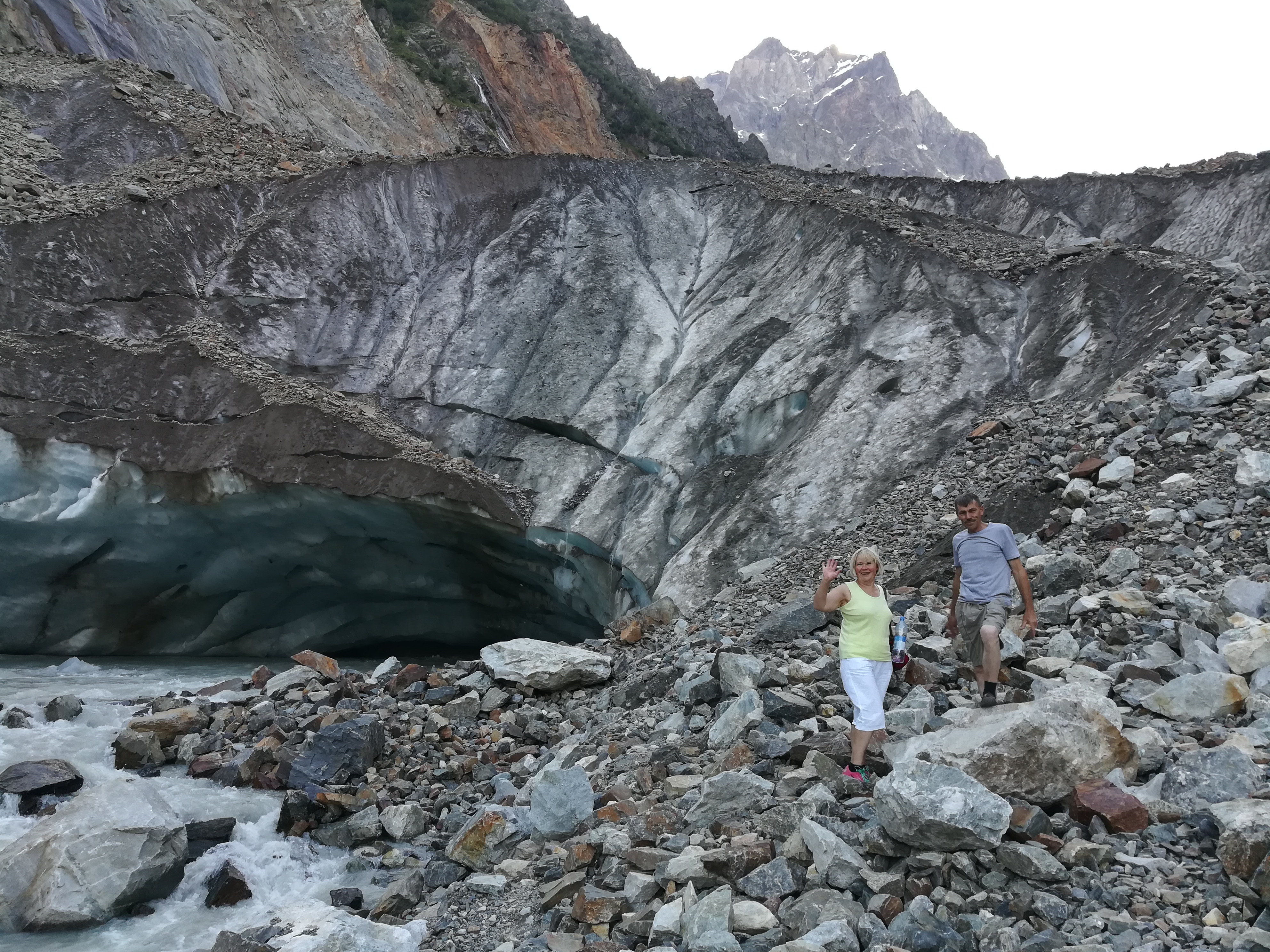 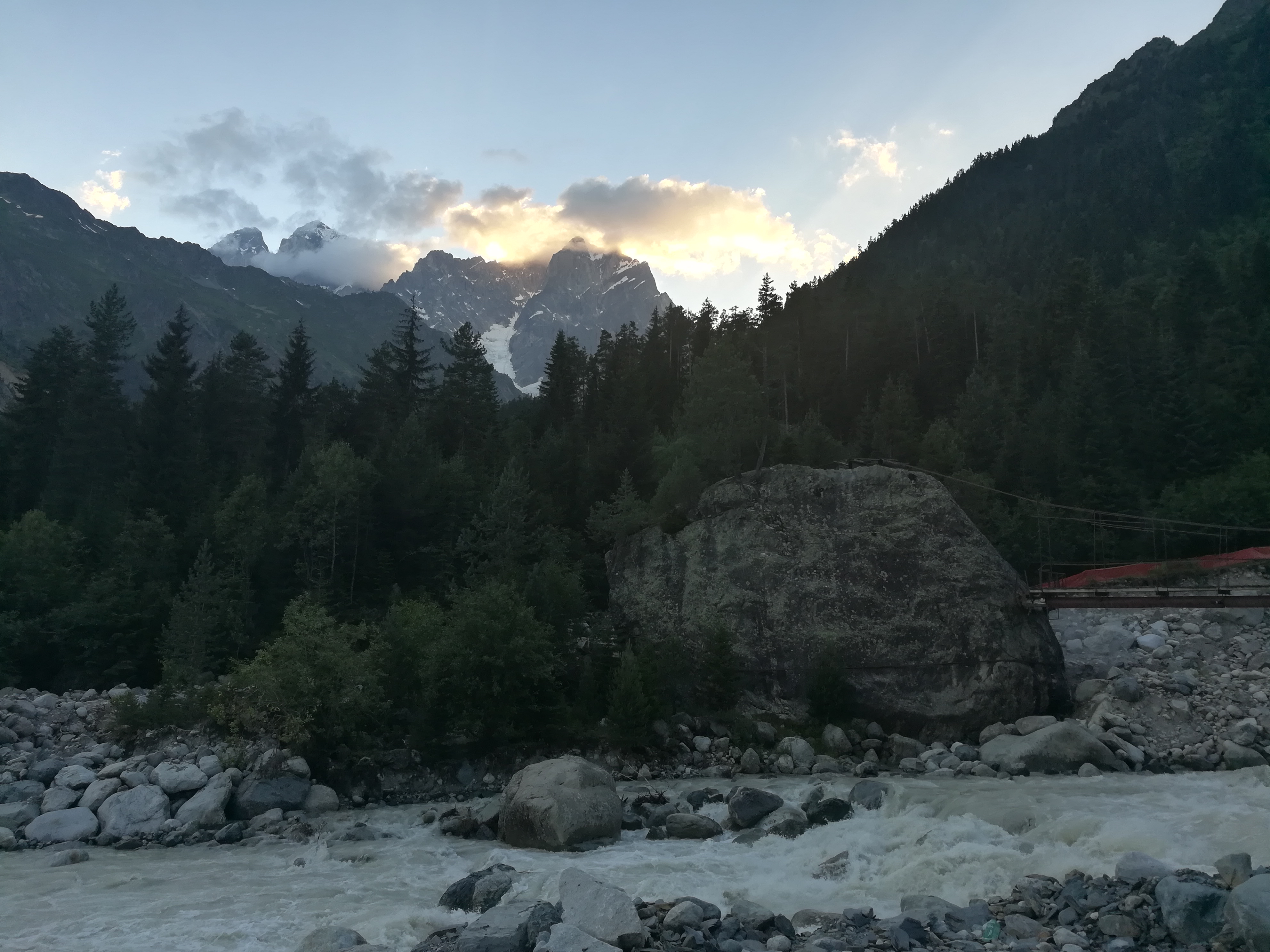 It was my Dad’s birthday that day so we had a feast in one of the local restaurant. Honestly, the food and wine in Georgia are excellent and I couldn’t get enough during the entire trip.

The next day we went to see Ushguli, but I will tell you about it in a separate post. The day after Ushguli I decided to hike up to Koruldi lakes (approx. 2740m AOD) and my parents caught a ski lift to Hatsvali ski resort to enjoy the views and to grab a coffee.

The hike to the lakes was really tough but totally worth it. It’s about 20km round trip with approx. 1400m of climb. As soon as you leave Mestia you need to tackle a really steep section and I was struggling with that, but I was making a good progress and made it to the top in about 2.5 hours (although normally 3.5 hr are recommended). The views along the way and on the top were worth the effort even though a lot of the peaks were sinking in the clouds. I should have mentioned that you can also hire a jeep or a horse if you can’t be bothered to walk up there.

I sprinted down the hill (which took me about an hour) since I thought my parents would be really bored without me, but I found them in the town centre munching on loads of free food, since there was some sort of celebration and loads of stalls were offering to taste various delicacies. They also had a stage and loads of performers, however my legs were demanding some rest so I didn’t see most of the show.

We left Mestia the following day and headed south, which wasn’t as difficult to leave as I thought it would since it seemed that the spell of nice weather was over and all the beautiful peaks were hiding in the clouds. Would love to come back to the area and do a bit more hiking, there seem to be a lot of choice around. Maybe one day!